Webinar#2: The contribution of NGI in re-design the post COVID-19 society

What has been the contribution of the internet during the world lockdown? What worked and what didn’t work? What are the emerging needs of the post COVID-19 society? How those needs can be addressed while respecting the fundamental values of privacy, participation and diversity? What can be the contribution of the Next Generation Internet (NGI) initiative for innovative human internet services?

This webinar will promote an interactive reflection to bridge the NGI mission with the rapid evolving needs of the post COVID-19 society. Together with the NGI community we will identify the emerging opportunities for NGI visionary start-ups, researchers and developers.

The Next Generation Internet (NGI) initiative aims at developing a more human-centric Internet supporting the values of openness, decentralisation, inclusiveness, and protection of privacy while also giving the control back to the end-users, in particular of their data, in order to increase trust in the Internet. This requires more transparent services, more intelligence, greater involvement and participation, leading towards an Internet that is more open, robust, more interoperable and more supportive of social innovation. In doing so, NGI engages Internet’s best innovators in addressing tech opportunities as well as validate and test relevant minimum viable products and services in real market conditions 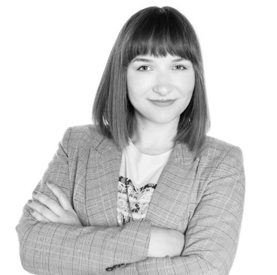 Kirsten Virks is active in the Startup Team in Civitta Estonia. Besides managing the NGI TETRA project, she and the team in Civitta are organising the pieces of training on Investment Readiness for the NGI beneficiaries. These trainings include fundraising trainings for earlier stage companies and follow-up investment and public funding opportunities for the teams who are planning to raise a follow-up investment or apply for grants. She is also the coordinator of Estonia’s biggest business idea competition/accelerator "Ajujaht" (Brain Hunt). Ajujaht has boosted the success of several internationally well-known and successful startups such as Bolt (formerly known as Taxify), Click & Grow, SprayPrinter and many others. Besides all that, Kirsten has been involved in other startup ecosystem development projects and written successful funding applications for startups in Estonia and beyond. In addition to working with startups, she also has an extensive experience in social media management. She has been active as a social media team leader for Estonia's biggest democracy festival Opinion Festival and worked as a social media editor for Estonia's biggest media group. 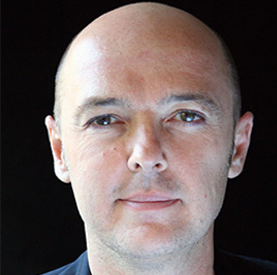 Louis Ferrini is partner and managing director of FVA new media research who established the SME in 1989 as one of the first multimedia companies in Italy. He gets the first level degree in graphic design and advertising and a master in computer graphic at IED (Istituto Europeo di Design). Before starting his own business, he worked for several advertising and graphic companies in Italy and US.
His main area of interest is the design of enhanced ICT solutions, serious and simulation games to support co-creation and mutual learning activities and to train participants on transversal competences and skills in the ICT, learning, societal 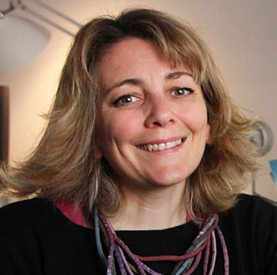 Susanna Albertini is partner and senior communication expert of FVA new media research from 1995, she has integrated her specialization in Psychology of work and business organization with multimedia and new technology communication. Since 2000 she is involved as project manager and researcher in projects funded by the European Commission as expert in game-based training, co-creation and creativity enabling factors, communication, impact and valorisation of research results. Her main area of interest is sustainable circular bioeconomy, societal challenges with special focus on sustainable and inclusive growth. 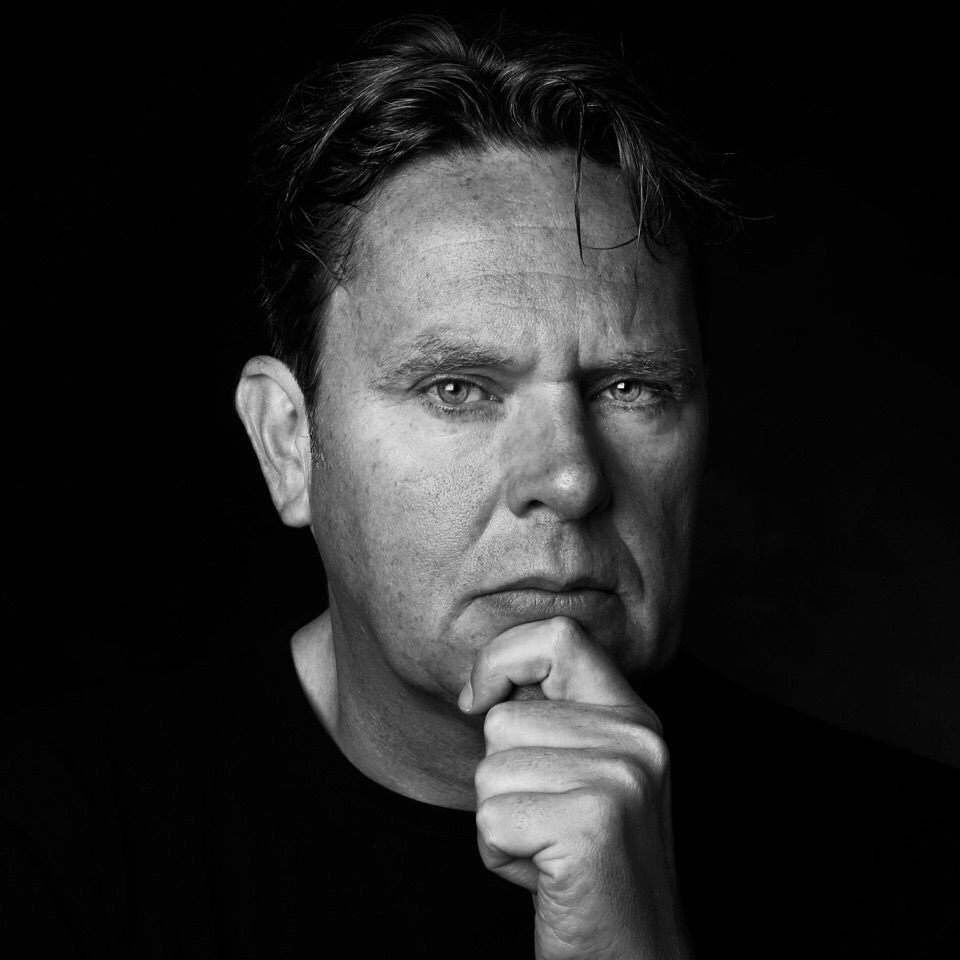 Bob Goudriaan is Managing Director and Chairman of the Board of NLnet foundation. In this capacity he leads NGI Zero Discovery and NGI Zero PET, both part of the Next Generation Internet initiative. Goudriaan was previously partner and co-founder of the Amsterdam based management consultancy Gendo, specialised in technological innovation. Since 2014 he is also involved with the information security company Radically Open Security, a socially driven enterprise. Goudriaan holds a master’s degree (LL.M.) from Leiden University, and held senior positions with large organisations like PWC and Deloitte across the globe. He is a certified Data Protection Officer. Goudriaan is active in a number of national and international organisations, such Digital Infrastructure The Netherlands (board member) and OpenDoc Society (treasurer). 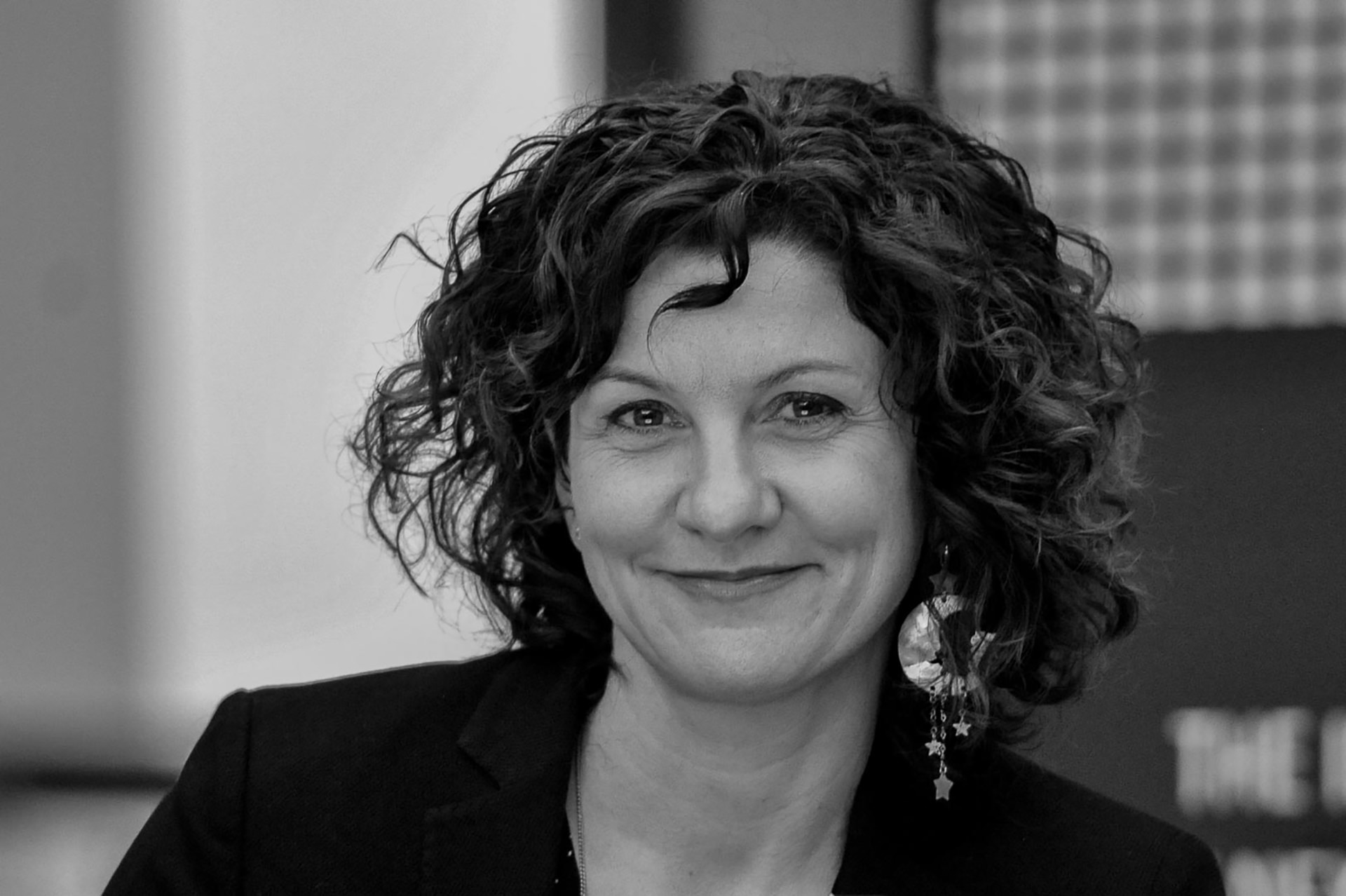 Monique Calisti CEO of Martel Innovate, manages the company’s business and leads its development combining her technical ICT background with a consolidated entrepreneurial experience. Specialised in Horizon 2020 funding, with extensive domain knowledge in Next Generation Internet (NGI) technologies, including AI, IoT and Cloud, Dr Calisti coordinates several H2020 projects, runs training courses and serves the European Commission as expert evaluator. Monique is the NGI Outreach Office Director and she has been involved in the NGI since inception. She holds Ph.D.s in AI and Telecommunications Engineering. A glamorous nerd at heart, with an engineering brain, Dr Calisti’s three daughters inspire her as President of Digital for Planet, a non-for-profit association based in Switzerland, working for environmental sustainability. 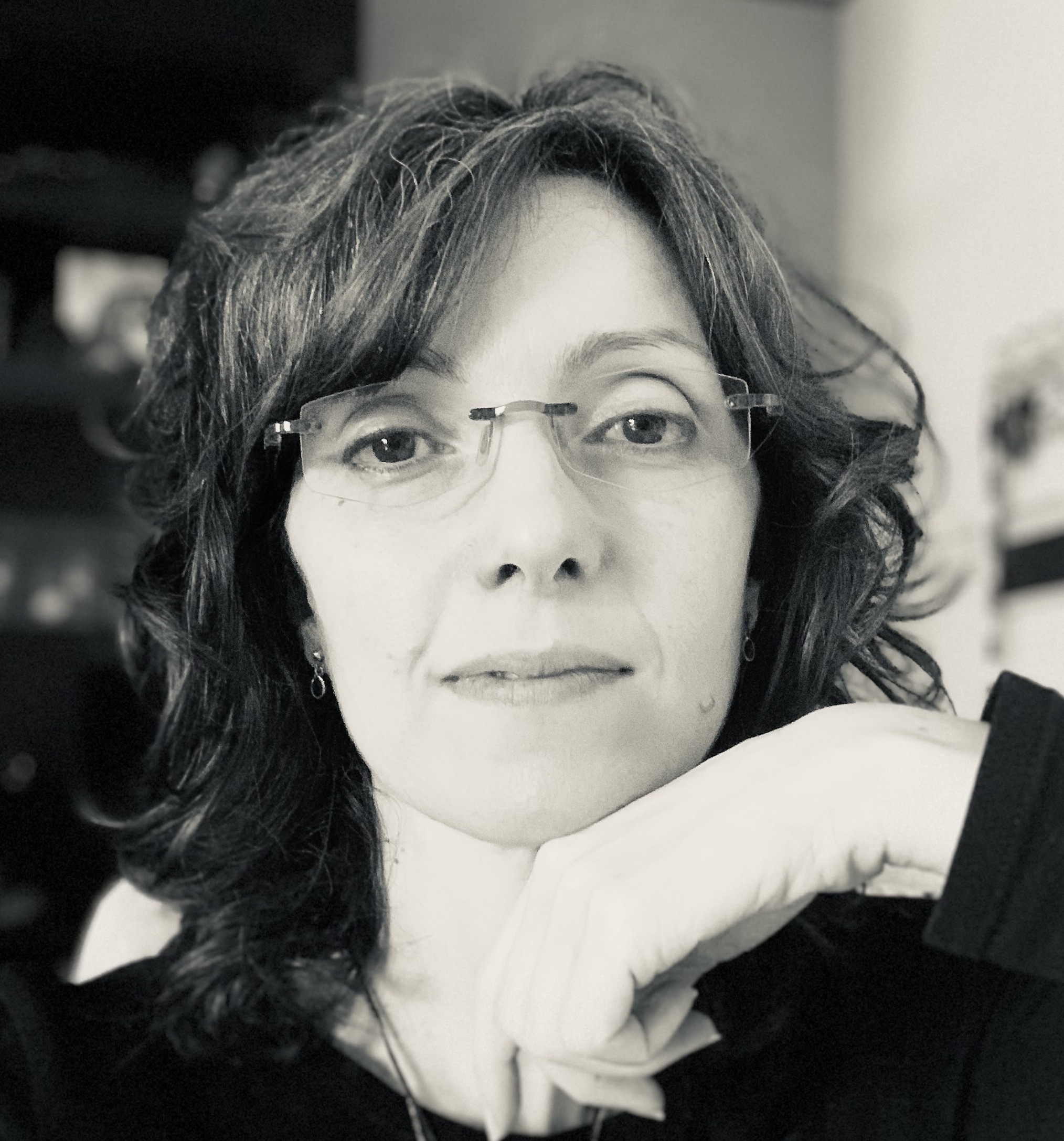 Ester Liquori is the Founder and CEO at GhostWriter.AI Content Marketing Platform. I'm a digital entrepreneur with over 20 years of experience now. I’ve never stopped to love marketing and communication. I serve as a mentor at Techstars program, TedX speaker, in the top 15 digital Italian women 2018, according to Digitalic Magazine. In my job as an executive leader, I’m in charge of helping B2B marketing and sales find and create long-term relationships with their customers. I'm currently focused on bringing value to agencies, brands, and influencers using GhostWriter AI. 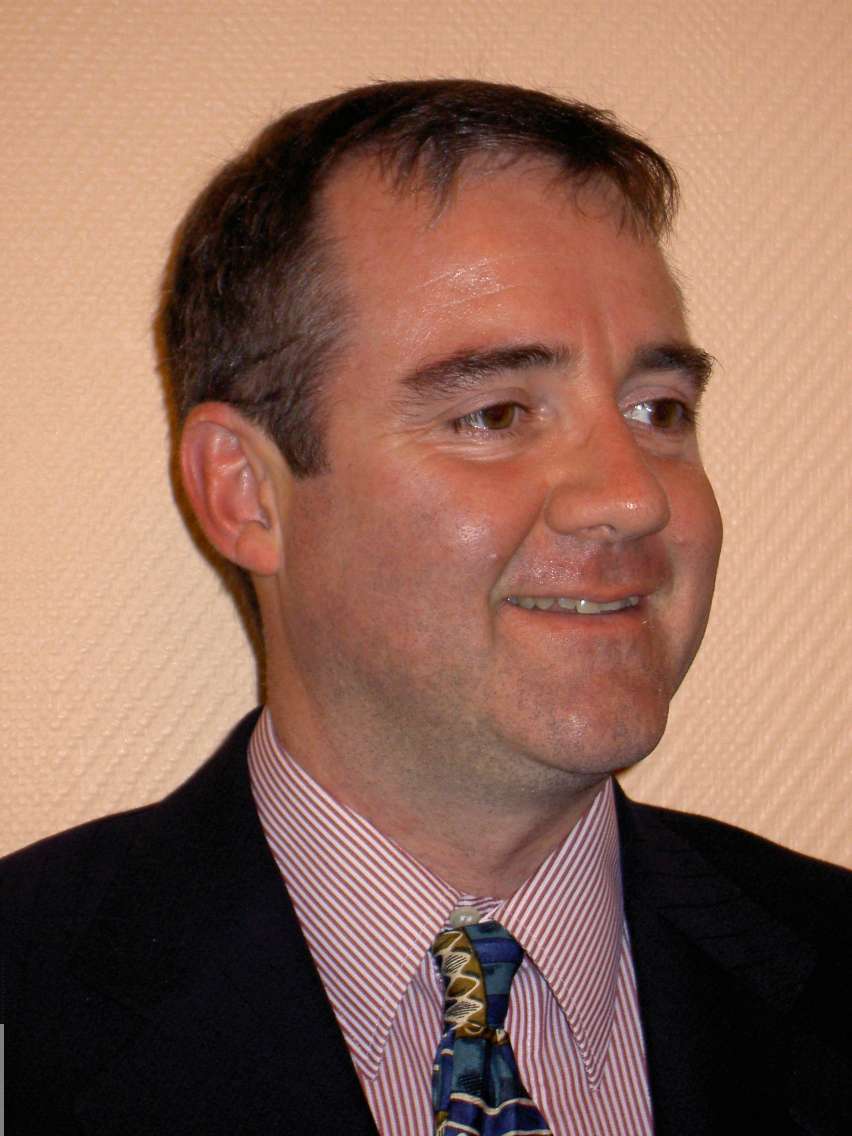 Jim Clarke works at the Telecommunications Software & Systems Group (TSSG) at the Waterford Institute of Technology (WIT) in Ireland. While at WIT, Mr. Clarke has been involved in research and innovation projects related to international cooperation for over the last 15 years. From January, 2020 – present, Mr. Clarke is project coordinator of one of the the European Commission's Horizon 2020 (H2020) Next Generation Internet (NGI) initiative’s Research and Innovation Action projects entitled NGI Atlantic.eu. The full name of the project is “A Collaborative platform for EU-US Next Generation Internet Experiments”. NGI Atlantic.eu has a central goal to provide the organisational and financial framework that will drive the cascade funding of the EU-based research and innovators in carrying out Next Generation Internet (NGI)-related experiments built on top of EU–US experimental platforms. Running from 1st January, 2020 until 31st June, 2022, NGI Atlantic.eu will develop, manage and publicise to the targeted user communities an organisational and financial funding open calls platform that will stimulate and support an efficient process for regular research cycles of cascade funded projects engagements between EU and US innovators related to common priority topics of mutual benefit derived from within the EU and US’s NGI related Experimental Platforms. 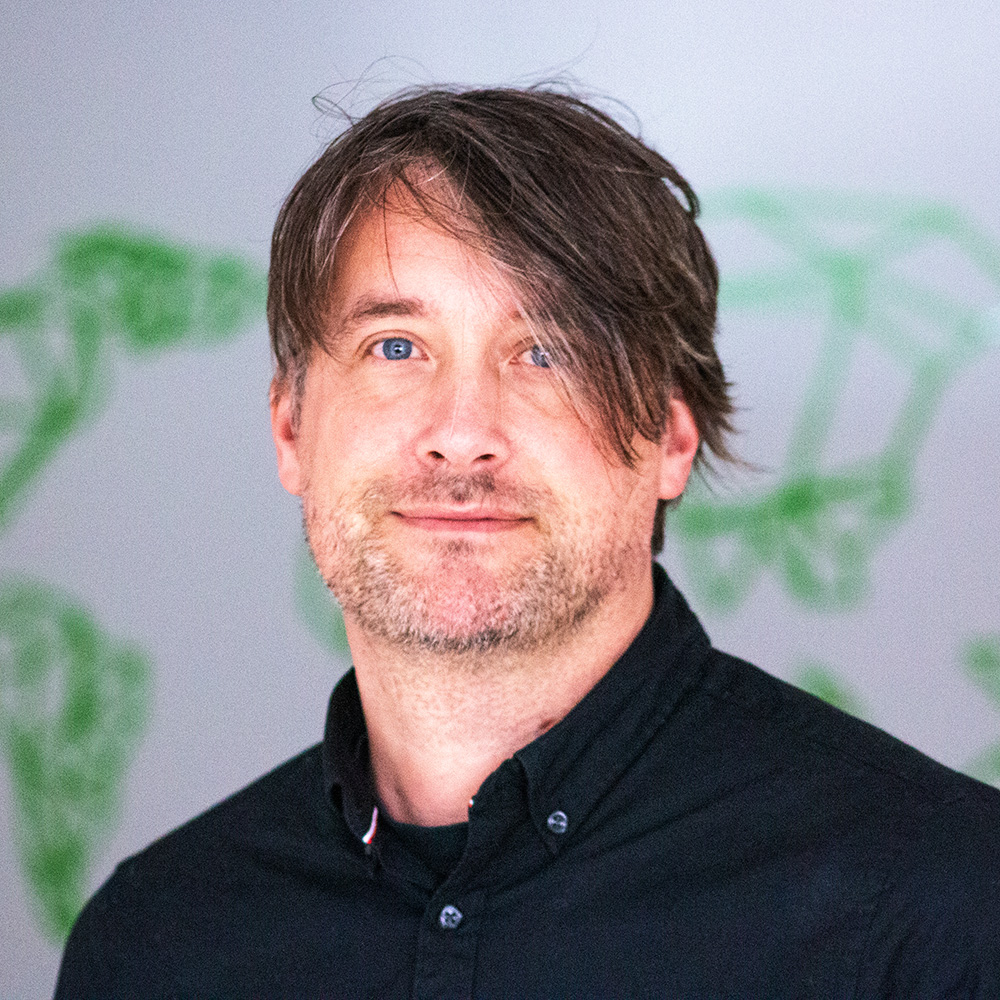 Mirko Ross is an internationally recognized activist, expert, speaker, publicist and researcher in the field of Cyber Security and the Internet of Things. At the age of 14, he began investigating vulnerabilities in IT systems. Instead of a career as a hacker, he decided to found during his studies his first company digital worx, focusing on Internet software development. Mirko is a member of the Expert Group on Internet Security of Things of the European Cyber Security Agency ENISA and advises the EU Commission as an expert. He is also active in international committees and research projects in the field of cyber security and blockchain technologies: MITASSIST (ehealth wearable), IoTCrawler (secure search in IoT assests, i4Sec secure IoT applications for industry). Mirko is still closely associated with the positive hacker attitude and maker movement and promotes non-profit projects in the field of Open Data and IT education. In 2018 he founded a new company, asvin.io, with the aim of increasing cyber security in the Internet of Things and providing software solutions for this purpose. Mirko lives in the countryside and works in Stuttgart. 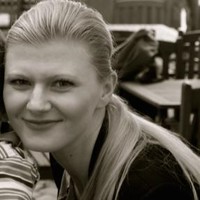 Iwa Stefanik manages European projects at F6S (Where Founders Grow Together @UK), concentrating on Information and Communication Technologies, Digital Innovation Hubs, and Platforms calls. She coordinates the NGI Explorers project – a programme launching European Innovators and Researchers into Technology Expeditions in the USA. A transdisciplinary researcher with international experience in R&D, and coordinating the participatory processes of stakeholders engagement. Former global health researcher traveling around the world to conduct research related to climate change, particularly traffic-related air pollution and its impact on urban public health at the Chinese Academy of Sciences, Manipal, and the Thammasat University. Co-author of two books: Atlas of population health in European Union regions and Promoting Population Health and Equity in Europe: from Evidence to Policy. Iwa holds Master of Global Health Science at Maastricht University and is passionate about the newest trends in tackling societal inequalities, and the technology support in it. 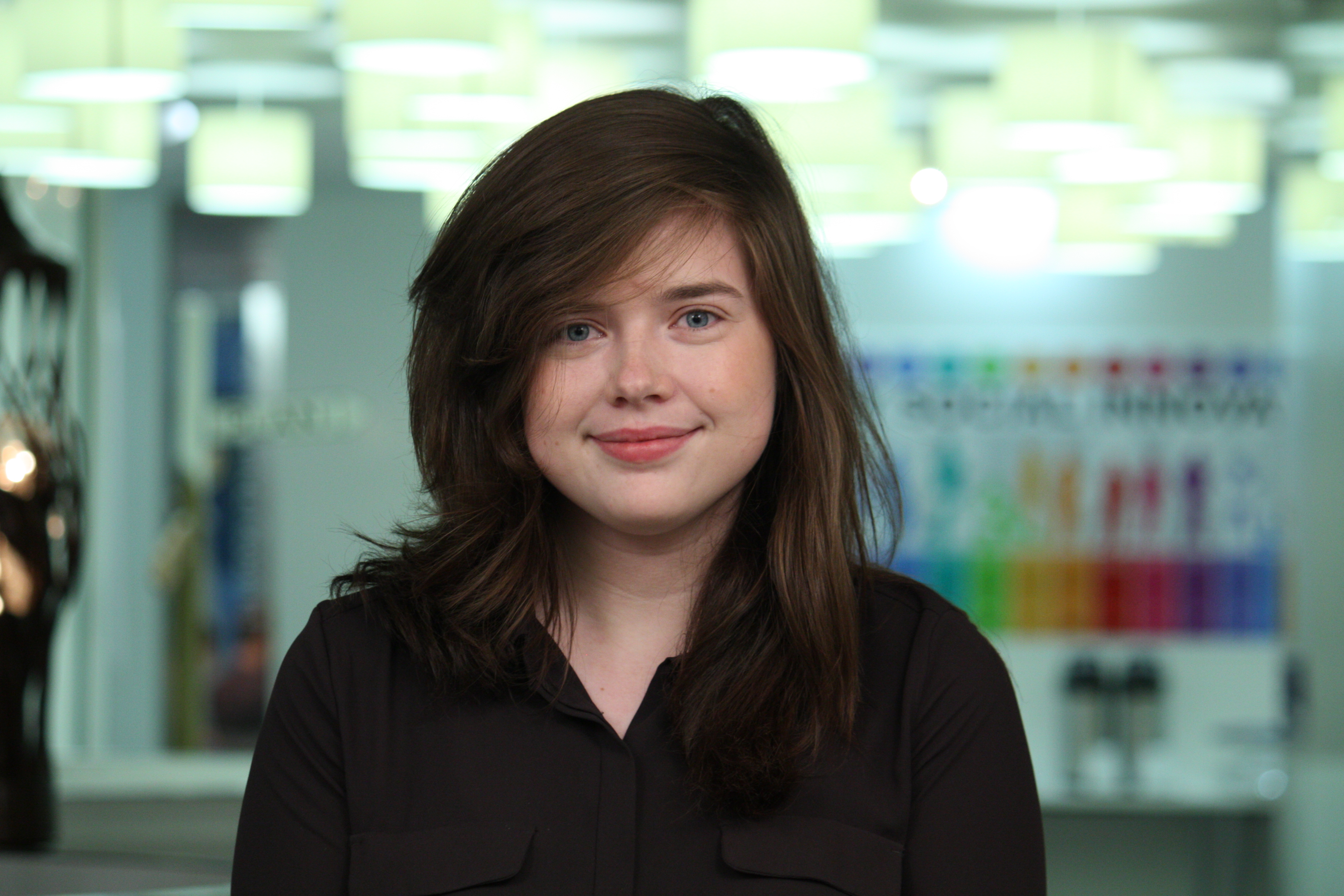 Katja Bego is a principal researcher and data scientist in Nesta’s technology futures team. Her work focuses on studying the impact of emerging technologies such as AI on our societies, and how these new innovations can be harnessed for social good and for the benefit of everyone. Katja leads the European Commission-funded NGI Forward project, tasked with helping shape the strategy and policy agenda of the Next Generation Internet initiative, the EU’s ambitious new flagship programme which seeks to build a more democratic, inclusive and resilient future internet by 2025, and previously also led the EU Engineroom project, also under the NGI umbrella. She regularly comments on topics relating to the future internet in outlets such as Wired, the BBC, Financial Times and The Guardian. Before joining Nesta, Katja worked as a data scientist in the private sector and as a researcher at the MIT Media Lab. She has a degree in economics and political science from Wellesley College in the US.

The TETRA project has received funding from the European Union’s Horizon 2020 research and innovation programme under Grant Agreement No 825147.

The free-of-charge, first-line support provided by the TETRA project aims to help beneficiaries of the “R&I Actions” (co-)funded under the topic H2020-ICT-24-2018-2019 and their third parties to turn their research results into marketable products and services. This support -including support on intellectual property- should not be considered neither as of a legal or professional nature nor substitute to private advisory services.

Cookies Definitions
TETRA Project may use cookies to memorise the data you use when logging to TETRA website, gather statistics to optimise the functionality of the website and to carry out marketing campaigns based on your interests.